School plays a key role in the education and training of children and can play a central role in raising awareness among the younger generations about plastic pollution and the importance of protecting the environment and the marine ecosystem. That’s why we asked schools to become plastic free, eliminating the use of disposable plastic.

Since its launch in 2018 the campaign aimed at schools has evolved: the hundreds of accessions from all over Italy and the numerous requests for information and collaboration have pushed Marevivo, together with the first schools that have joined the campaign, the’I.C. Via Baccano of Rome and theIstituto Bersagliere Urso-Mendola di Favara (AG), to sign an agreement that is now open to all the schools that want to start a journey aimed at promoting respect for and protection of the environment among students and teachers.

The campaign anticipated the ban introduced on June 5 by Directive 2019/904 of the European Parliament and the EU Council which, from 2021, will ban only some of the most common disposable plastic objects, with the aim of promoting greater awareness and a more ecologically correct conscience, starting from the youngest and their educators.

Joining the campaign “Plastic Free Schools for a Sustainable Future” means contributing immediately to create a multiplier effect of what will be transmitted and shared with students, transferring it in family and among friends and reaching also the general system of supply and demand with purchases in line with an increasingly conscious and responsible lifestyle. In addition, there are other opportunities that Marevivo will be able to propose for those who join the network: exchange of information, new projects and partnerships, sharing of experiences, open collaborations, educational visits, educational trips and much more. All this as part of a project to promote environmental protection and the cultural and civic growth of our young people.

To join the network it is necessary to:

3) Fill in and sign the Application Form and send it to the email address: scuola@marevivo.it, you will receive a reply email with the page where to download the materials made available by Marevivo

4) Release a document for students, school staff and families with information on the ban of disposable plastic

5) Adopt these behaviours and measures: 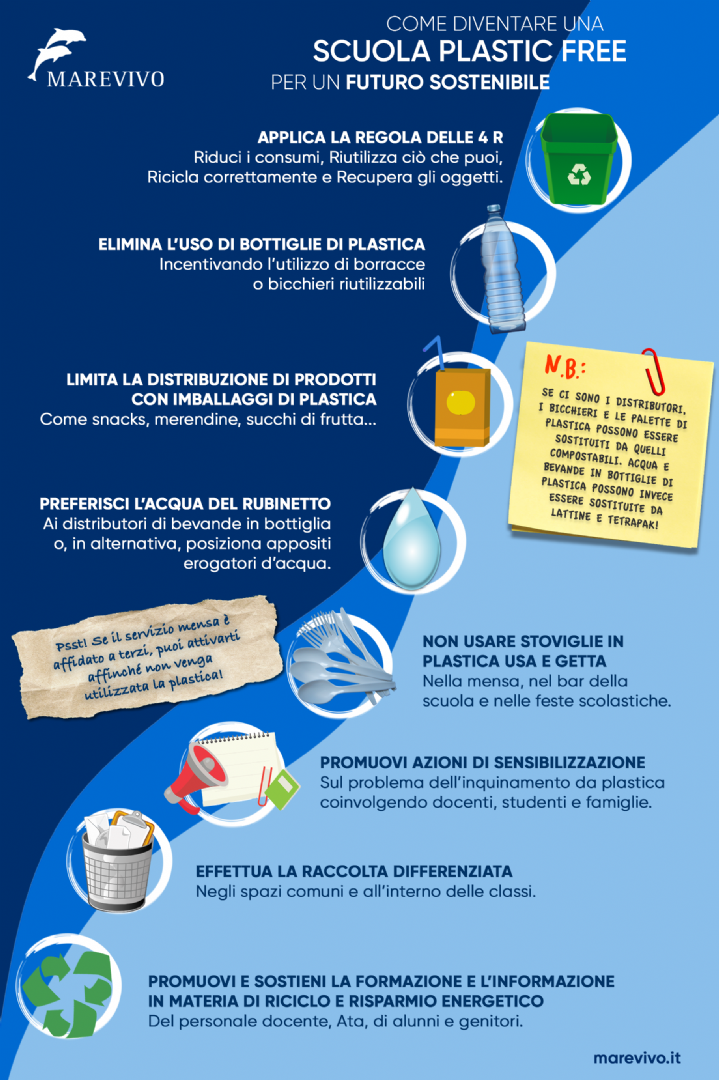 We have provided posters to be showed in the school, in-depth materials on environmental issues and video-tutorials. Once registered you will receive the first materials to download, in the following months new materials and video-tutorials will be uploaded on which you will be informed via email. We also created a private group on Facebook where you can get in touch with other schools in the network, share experiences and materials. 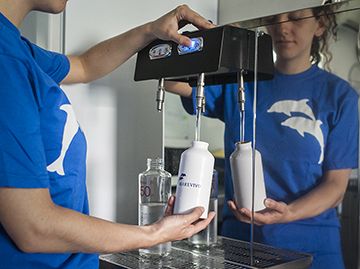 For information and support on distributors and reusable bottles send an e-mail to scuola@marevivo.it.