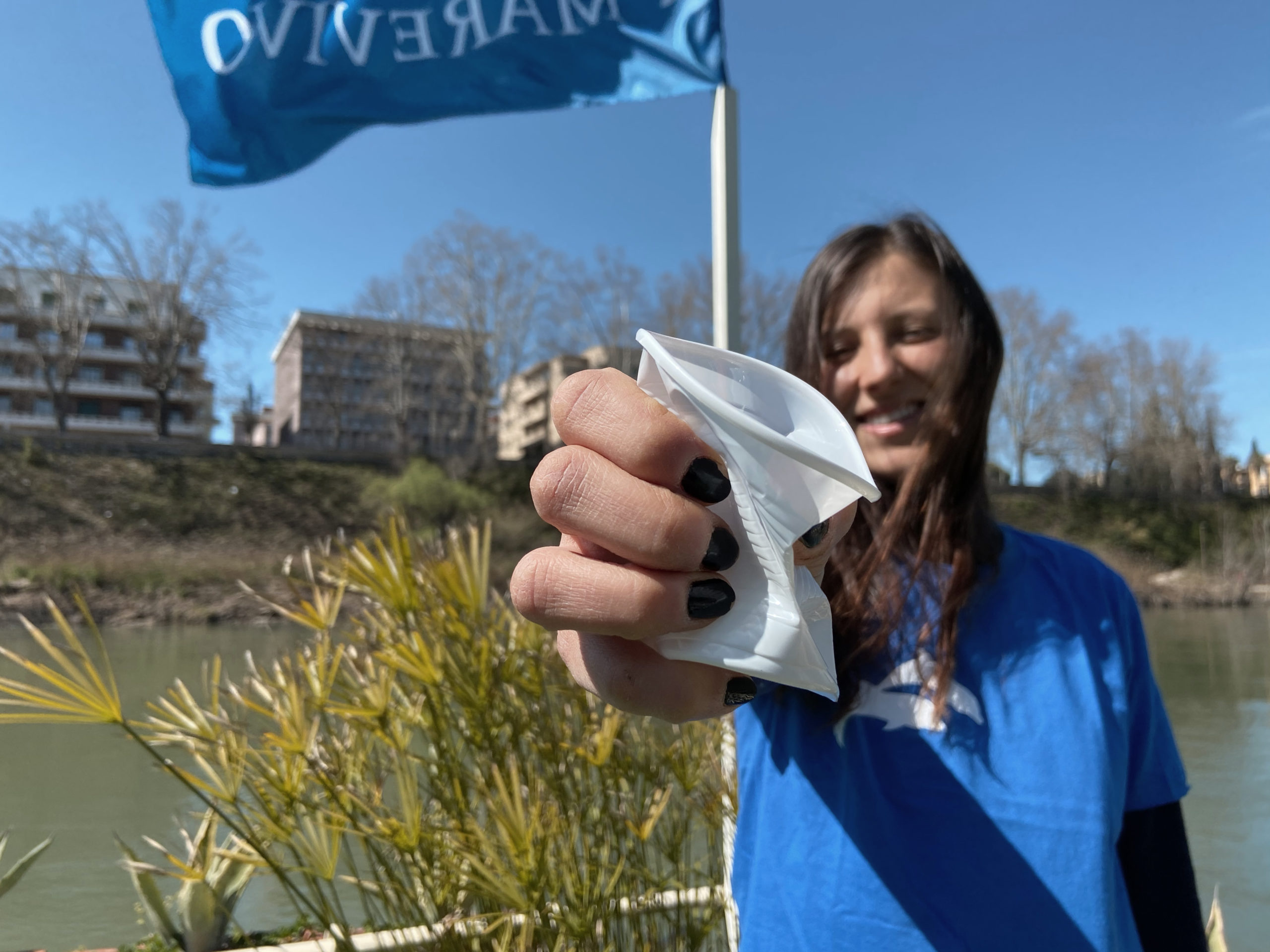 Italian Parliament approves the European Single Use Plastic Directive on disposable plastic and Marevivo also gets the inclusion of plastic cups: billions of tons of waste that will not end up in the oceans!

The Senate approved the European Union Directive 2019/904on single-use plastics (also called the SUP Directive, Single Use Plastic) , bans certain disposable plastic objects such as plates, cutlery and straws and it also included the amendment supported by Marevivo to provide the progressive reduction of plastic cups..

This is an important achievement, aimed at reducing the production of waste, especially non-recyclable waste.

It is estimated that over 80% of marine litter found on European beaches is made by plastic, half of it is disposable plastic. That is why the aim of the directive is to promote a circular approach, giving priority to reusable and sustainable products and systems.

The European Union has not included in the directive plastic cups, in spite of the excessive consumption and its potential harmful impact on the marine ecosystem – only in Italy, in fact, we consume over 20 million plastic cups per day, that is between 6 and 7 billion per year. For this reason, last June Marevivo requested and obtained the introduction of disposable plastic cups in the article 4 of the directive to ask for their progressive reduction, an all-Italian primacy.

«We are very happy for this achievement, reached thanks to the work of our Parliament and the Senators who first supported the amendment. Now the job of Marevivo will be to monitor the application of the directive, especially for the products that will have a gradual reduction» said Raffaella Giugni, Marevivo Institutional Relations Officer. «Plastic is everywhere in our lives and habits. It has also entered in the trophic chain, so much that it has recently been found even in the human placenta. We have to be sure that we put an end to this wrong system, at the institutional level but also in our daily behaviour, to protect the health of the planet and ours» declared Giugni.

How we achieved the victory? Look at the timeline: 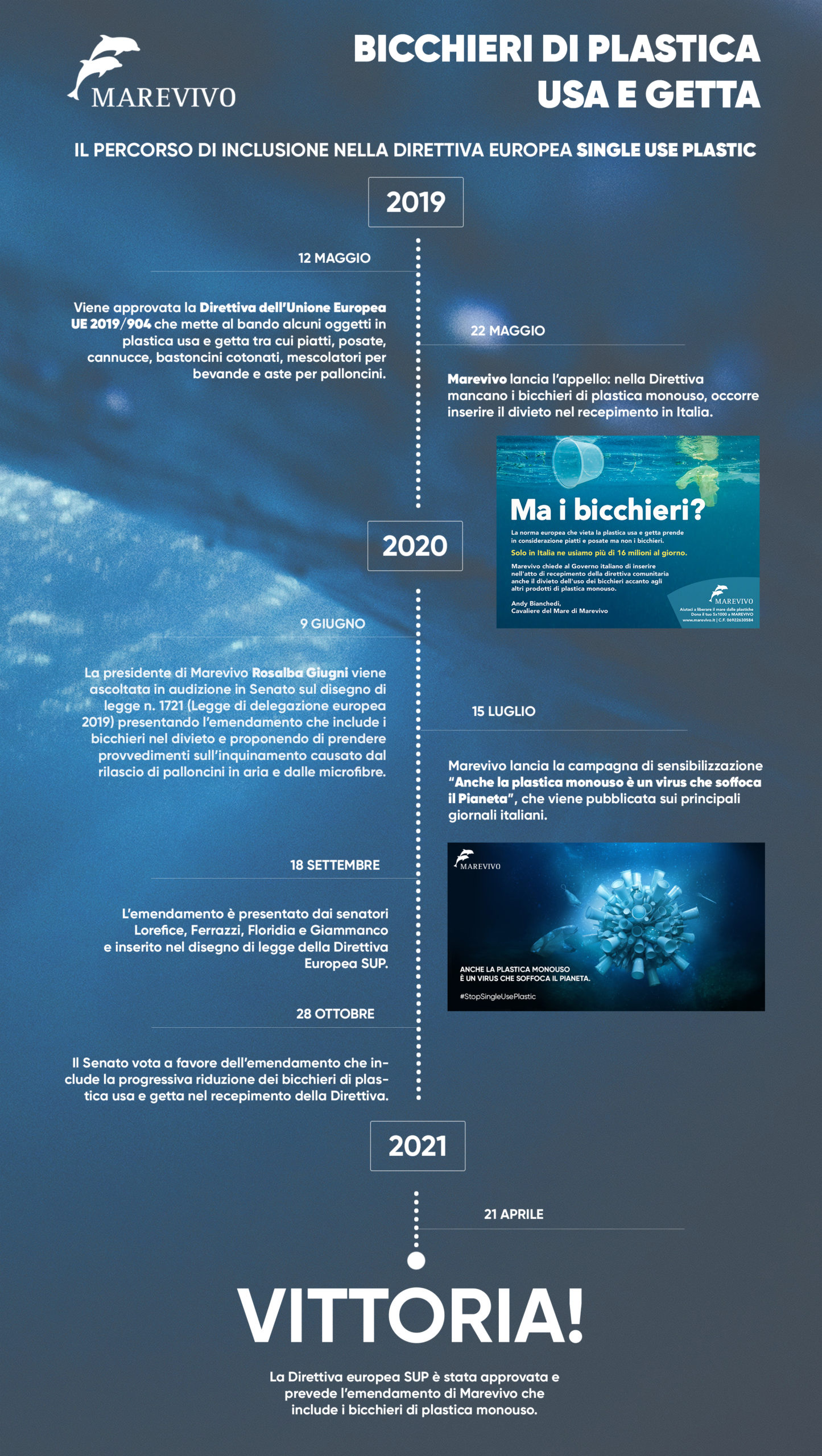